The 18th annual Aerial Dance Festival in Boulder, CO recently brought together aerial artists from across the U.S., as well as abroad, for two weeks of training, networking, and soaking up the beauty of Boulder. Attendees came from all over ranging from Lake Tahoe, CA to Madison WI, to Hawaii, to New Zealand, Costa Rica, and Canada. August 1-12th , 2016 was jam packed for attendees and faculty alike with a full schedule of various aerial technique and composition classes, floor based “give your arms a rest” classes, open gyms, and evening workshops covering topics like industry promotion, object manipulation, make-up and costuming, clowning, Thai massage, and more. END_OF_DOCUMENT_TOKEN_TO_BE_REPLACED 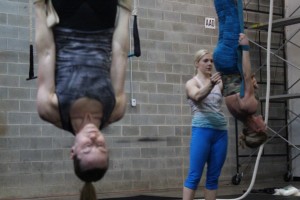 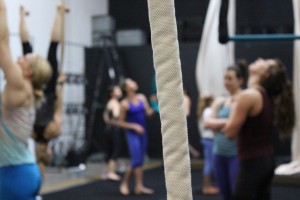 Another panel discussion that I enjoyed was one that I got to lead alongside Julianna Hane. We talked about Teaching Philosophies. I told the story of 4 different studios and how their teaching philosophies impacted their business. It’s something I’ve been thinking a lot about as I go to open my own studio, and it was fun to share with other people who were curious. Our talk is in the process of becoming part of a module in the Born to Fly Teacher Certification Program. 🙂 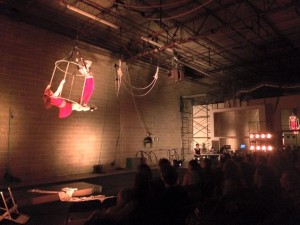 In 2012, AirAligned Artistic Director Tresa Honaker lived every aerialists’ nightmare. She sustained a spinal injury from a fall that left her paralyzed from the waist down. She performed, along with members of AirAligned, at TEDx Talk in Sacramento back in June of 2015. The video has just been released, so we thought we would share. Tresa’s story serves as a reminder for every aerialist to keep safety a priority.

You’ll get to watch three performances total. The first is from the amazing Jerusha Horlick (my favorite is the clean exit from double footlocks into a double knee hook climb). The second performance features a duet by Joseph Simms and Marni Marshall.

Tresa shares her story and then performs with David Taylor-Gomes on piano. David wrote on his Facebook page, “[Tresa] is so inspiring to me, and I am so fortunate to have met her. This is also the only time I’ve ever been in a theater where EVERY single person gave a standing ovation.” I’m sure there wasn’t a dry eye in the audience after her performance. I’m so glad she got up there and did that, and it’s great to hear her fighting through her injury. You go girl!