Last year, I started the first ever online Aerial Nerd Conference (2020). It was a roaring success! I was thrilled at some of the feedback received such as from these three aerialists:

“My aerial knowledge & embodiment have grown dramatically over the two weeks of this conference. Taxonomy is a huge piece to rounding out aerial work for me. Thanks to Rebekah’s guidance, I am breaking apart common moments on sling to discover exactly what is happening. This allows me to find unexpected pathways into & out of positions. The movement (which has always been my interest) can now be my focus rather than simply the vehicle to get to the next ‘cool pose’. I am also, having a great time playing with retrogrades. I find that using retrograde when working on something new really helps me find the pathways in the new movement.” ~ Chris

“The taxonomy stuff blew my mind! It changed the way I think about aerial and teaching. It inspired me to explore more, put fun back in training foundations, and has my brain working in new ways to inspire my students. I’m actually currently on a break from teaching but now I’m ready to go back!” ~ Tawnya

“It is truly a STUNNING workshop series so far!  All that I could hope to geek out over, so much that I’m having trouble sleeping at night because I keep thinking of possible sequences. Super big awesome thanks for doing this conference online. The WHYS of aerial have always been my favorite part, and you give voice to some things I never had the ability to clearly categorize in the past. It’s freaking fantastic.”
~ Kristina

One of the most popular workshops was my “What the Heck is Aerial Taxonomy?!” which gave an introduction to my wild theories and the way that I view the world of aerial. This year, I have decided to include the stuff in that workshop HERE for you, so that everyone can get a taste of what’s going on in my brain.

First video below goes over the BIG PICTURE of how I break down the different components of my aerial classes. It’s about 8 minutes and includes a whiteboard because I love organizing things in visual form. 🙂

The second video gives an in-depth example of some aerial taxonomy. It’s about 13 minutes and includes another whiteboard because I still love organizing things in visual form. This is the kind of things you can expect to do in all my TAXONOMY workshops. This is grit of it, then we discuss how it can be applied and what fun new finds pop out because of the analysis, but it starts with the pen and paper grunt work.

Like I said in the videos, I work with aerial in many different ways. I love training, I love the artistry, but what I truly thrive upon is the brain component — the part that requires you to sit and think hard. The part where you compare and contrast and make new discoveries. I love leading students into these discoveries.

I hope you can join me for an upcoming workshop and get ready to explode your brain!

To view the workshop schedule for the Aerial Nerd Conference 2021, please go to http://www.aerialworksco.com/anc-2021.html. 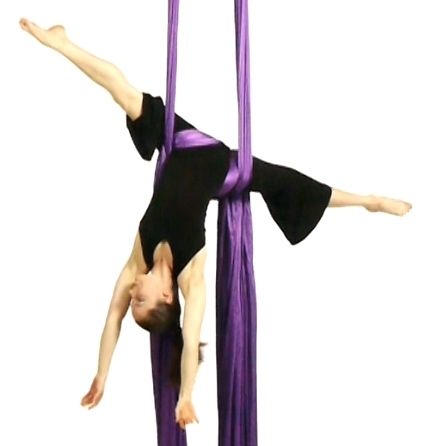